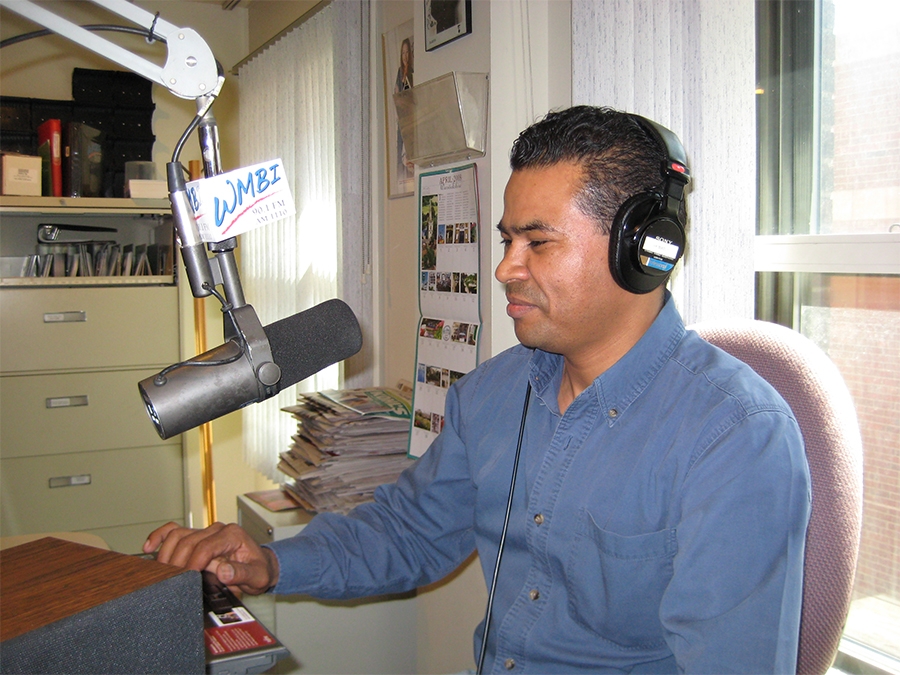 Pastor Jorge Fuentes: Prayer as a Tool for Social Change

It is well known, the phrase “Faith can move mountains." For Jorge Fuentes, this is a certainty. More than once, he has experienced the power of prayer, when prayer speaks through letters, sit-ins and mobilizations for single parents and children about to be deported and separated from their families.

“We have been in the Capitol of D.C. four times, with pastors, Christian leaders and migrant families; together, praying for the nation and for compassion to delay the deportation of these families," says Jorge Fuentes.

He is the head and the creator of the Red de Oración USA, a movement founded in Chicago, Illinois 14 years ago. Today, this movement has about 80 people working from different parts of the world. Jorge and his team have also opened a Radio Station called Radio Sky FM, whose central proposal is to gather groups of people to pray and intercede with the new generations.

It was in 1996 when Jorge received “the call of God” as he himself refers to the day he decided to become a pastor. Before that, he had a job and in his spare time he guided a group of praise and prayer addressed to young people in the state of Michoacán, México. Suddenly, he felt the need to leave his job and his city, and move to a smaller town with higher rates of violence and precariousness; he felt the need to start being a pastor.

“No one does it just like that, you have to feel it. The bible says that God is the one who sets the will as well as the doing, and we follow him."

In 2001, Jorge Fuentes arrived in the United States without a visa and, despite the circumstances, he continued to create prayer groups. Today, he and his wife are U.S. citizens, but his own experience also gave him a particular sensitivity to the problems faced by immigrants. This explains why he has directed much of the work of Red de Oración USA to this population.

One of the accomplishments Jorge is most proud of is that occasion in 2012, when the administration of then president Barack Obama sent a message to his network, thanking them for their letters and prayers, and also announcing the start of a law, today known as the DACA law, that provides relief from deportation for immigrants.

“That is a testament of the pastoral union and prayer.”

Jorge is also part of the Hispanic Leadership Network, a project of Hispanic Access Foundation composed of pastors seeking spiritual guidance on environmental and other issues affecting hispanic population living in the United States. Working in collaboration with Hispanic Access and other pastors in the network has helped his movement amplify its voice, and reach more places in need. The pastoral strength has led to the embodiment of the prayer network in humanitarian campaigns directed at Latino communities affected by natural disasters, such as Hurricane Maria in 2017, or the floods in Huston that same year. “In every natural disaster situation, we have helped with food and labor to restore people's homes," describes the Pastor.

More recently, Jorge and his network have been working together with Hispanic Access Foundation to deliver information campaigns to promote Covid-19 vaccination. Both organizations have been trying to bring awareness, especially to the Latino population that is not yet vaccinated due to fears and fake news. “Many people, even though they have the information at hand, choose not to receive it and believe in other, unreliable news," confesses Jorge, who sees scientific advancements as a part of the grace of God.

Jorge’s greatest dream is to have an official National Day of Praying. In the meantime, he will continue to mobilize people toward prayer.

In turn, it is a wonderful tool for social change.

Hispanic Access is inspiring, training, and working with leaders like Pastor Jorge Fuentes, who have a stake in their community and have the drive for positive change. To help support and continue this work, please consider making a Charitable Donation