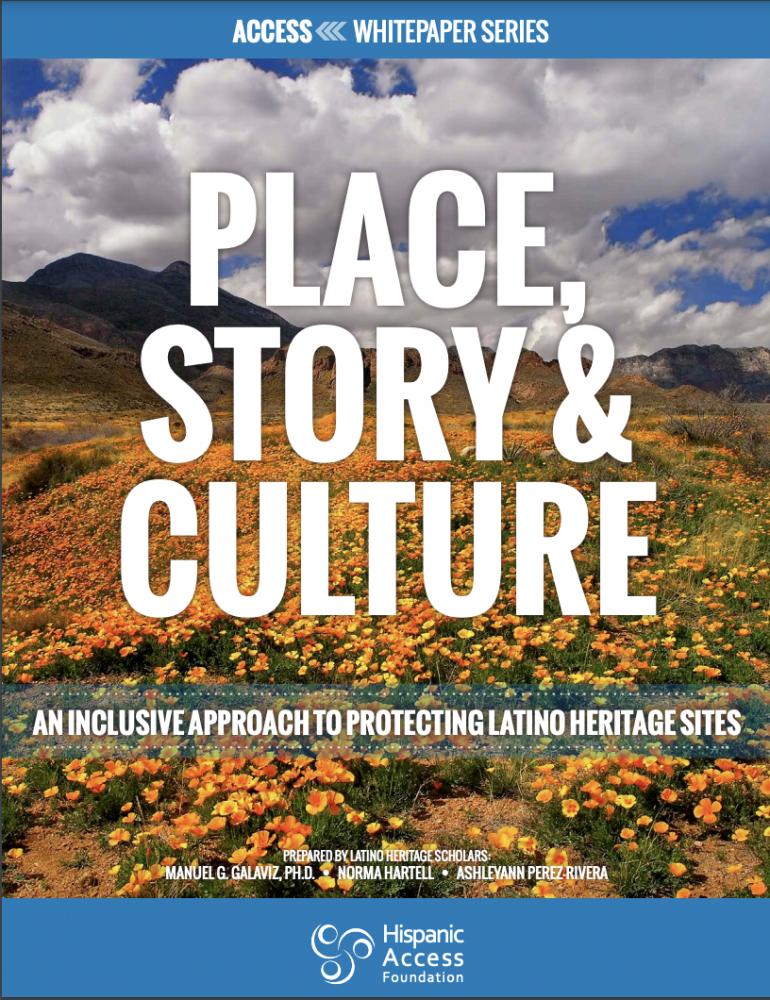 Numerous sites dot our American landscapes and cities that tell a story about our diverse past - places that embody the architectural, cultural and deep historical roots of the Latino community. However, sites that commemorate Latino heritage are disproportionately excluded when it comes to officially designated heritage and conservation sites. This report provides recommendations to address the lack of representation of Latino heritage sites among protected area designations, by proposing a more inclusive designation system as well as a list of Latino heritage sites that currently lack official recognition.

The seven sites presented in Place, Story and Culture: An Inclusive Approach to Protecting Latino Heritage Sites are: