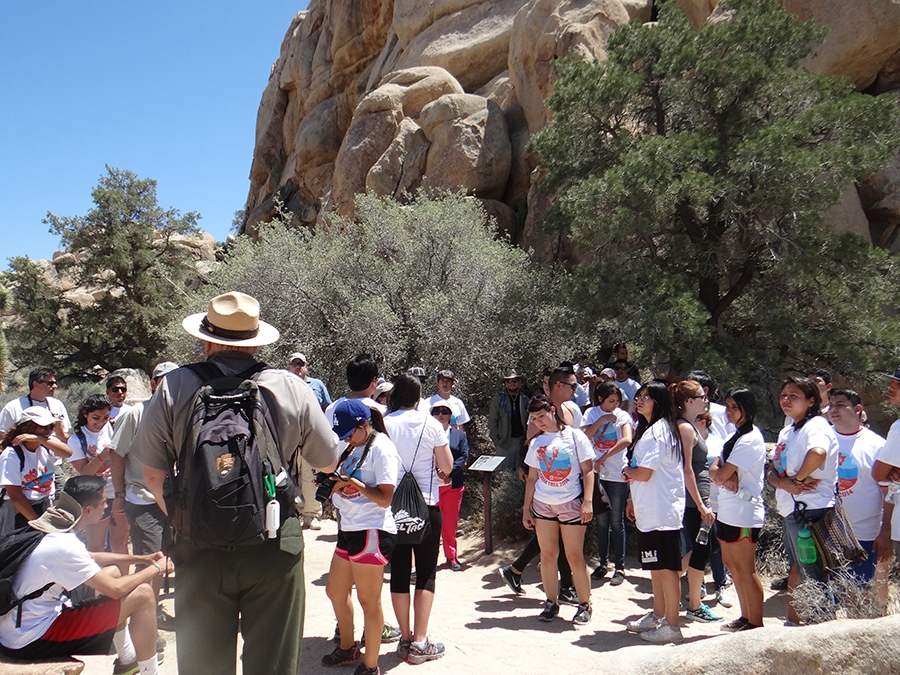 The 10th annual Colorado College State of the Rockies Project Conservation in the West Poll released today shows Latino voters in the Mountain West calling for an aggressive agenda to protect more public lands in the face of threats from climate change impacts and energy development.

The poll, which surveyed the views of voters in eight Mountain West states (Arizona, Colorado, Idaho, Montana, Nevada, New Mexico, Utah, and Wyoming), found that public lands and the outdoor way of life continues to be of deep importance to Western voters. 69 percent label themselves as “conservationists,” and that perspective informs their votes. 82 percent of Latino voters consider an elected official’s stance on issues involving water, air, wildlife and public lands “important” when deciding whether to support them. Nearly half—47 percent—say those issues are a “primary factor” in their decision.

“Support for conservation on public lands remains consistent and strong over the decade-long history of our poll,” said Corina McKendry, Director of the State of the Rockies Project and an Associate Professor of Political Science at Colorado College. “The urgency and demand for action behind those feelings is now intensifying as voters in the West increasingly believe their lands and lifestyles are coming under attack from the impacts of climate change and energy development.”

“Latinos are changing the face of conservation leading it to be more reflective of the communities we see in the western states. As they become leaders in this movement, they are seeking solutions that represent the needs and address the concerns of their communities,” said Maite Arce, president and CEO of Hispanic Access Foundation. “With the growing electoral power that this community is just beginning to discover, you have a political force that has the potential to shift the balance on conservation issues like climate change where Latino voter support outpaces other communities.”

Growing fears about the impacts of climate change

Voters view climate change as the first or second most important environmental problem in each state surveyed. Climate change as a top concern has increased dramatically over ten years of the poll from 5 percent in 2011 to 39 percent today.

Overall, 78 percent of Latino voters across the region see climate change as a “serious problem.”

Western Latino voters are alarmed about the impacts of climate change with 72 percent believing the effects over the past ten years are significant and 75 percent agreeing they will continue to be significant over the next decade.

The feared impact of climate change includes uncontrollable wildfires, which are viewed as a serious problem by 84 percent of Latino voters. To deal with the impacts, 83 percent of Latino voters expect their congressional representatives and state governors to have a plan to reduce carbon pollution that contributes to climate change. Reducing carbon pollution is seen as an important objective for public officials by a majority of Democrats, Republicans, and independent voters.

Concerns about energy development and a push for clean, renewable sources

When it comes to energy development, Western Latino voters want to make sure public lands are protected and safe.

Western Latino voters want to see the expansion of clean, renewable sources of energy. In total, 74 percent of Latino voters are behind gradually increasing the use of renewable energy sources to 100 percent in their state.

Water is among the top environmental concerns of voters in the West. Additionally, Latino voters are disappointed with the action of the current administration in regards to water.

Wildlife also remains a top concern for Westerners and the administration policies towards wildlife are largely rejected by Latino voters in the West.

This is the tenth consecutive year Colorado College has gauged the public’s sentiment on public lands and conservation issues. The 2020 Colorado College Conservation in the West Poll is a bipartisan survey conducted by Republican pollster Lori Weigel of New Bridge Strategy and Democratic pollster Dave Metz of Fairbank, Maslin, Maullin, Metz & Associates.

The poll surveyed 400 registered voters in each of eight Western states (AZ, CO, ID, MT, NV, NM, UT, & WY) for a total 3,200-person sample. 499 of the respondents identified as Hispanic/Latino. The survey was conducted between January 11-19, 2020 and has a margin of error of ±2.65 percent nationwide and ±4.9 percent statewide. The full survey and individual state surveys are available on the State of the Rockies website.