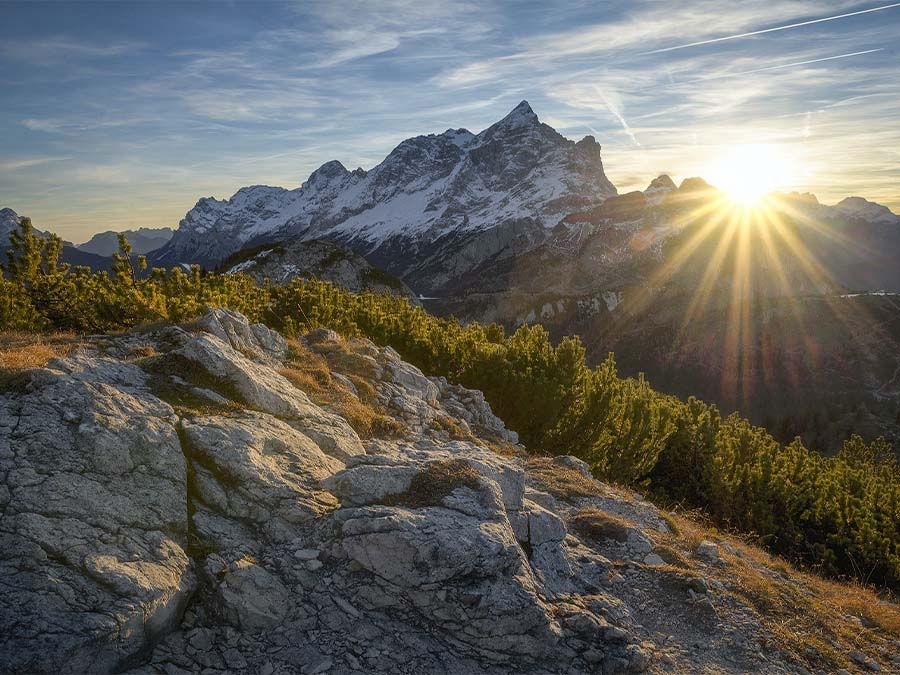 Colorado College’s 12th annual State of the Rockies Project Conservation in the West Poll released on Feb. 17 showed an increase in concern for Latino voters over issues like drought, inadequate water supplies, wildfires, the loss of wildlife habitats and natural spaces, and climate change. Latino voters’ concerns with these issues also align with their continued strong support for pro-conservation policies and bold action to protect nature.

The poll, which surveyed the views of voters in eight Mountain West states (Ariz., Colo., Idaho, Mont., Nev., N.M., Utah, and Wyo.), on pressing issues involving public lands, waters and climate change. The poll found 67 percent of Latino voters are concerned about the future of nature, meaning land, water, air, and wildlife. This level of concern is a significant jump from 61 percent in last year’s poll. Another significant increase among voters is whether conservation issues would affect their decision to support an elected official, up to 86 percent this year, compared to 80 percent in 2020 and 75 percent in 2016.

“Latinos are once again showing their strong support for climate action and concern in environmental issues affecting their communities,” said Maite Arce, president and CEO of Hispanic Access Foundation. “While the administration has taken some action against the climate crisis, we can’t stop now. We must build on the momentum and make sure we are filling the gaps that Latinos and other communities of color face in the outdoors and in the realm of environmental justice.”

Western Latinos’ heightened concerns about their natural landscapes are matched with strong consensus behind proposals to conserve and protect the country’s outdoors.

Conservation intersects with equity concerns
The poll broke new ground this year in examining the intersection of race with views on conservation priorities. Results were separated by responses from Black, Latino, and Native American voters, along with combined communities of color findings. The poll included an oversample of Black and Native American voters in the region in order to speak more confidently about the view of those communities.

The poll found notably higher percentages of Black voters, Latino voters, and Native American voters to be concerned about climate change, pollution of rivers, lakes, and streams, and the impact of oil and gas drilling on our land, air, and water. The poll also found higher levels of support within communities of color for bold conservation policies like the 30 percent conservation by 2030 effort, transitioning to one hundred percent renewable energy, and making public lands a net-zero source of carbon pollution.

Furthermore, the poll showed a desire by strong majorities of Western voters for equitable access to public lands and to ensure local communities are heard. 82 percent of voters in the West support directing funding to ensure adequate access to parks and natural areas for lower-income people and communities of color that have disproportionately lacked them. 91 percent of voters in the West support an increase in federal funding to extend running water and sanitation services to rural areas and tribal communities that currently lack access.

Sights on a cleaner and safer energy future on public lands
With oil and gas drilling taking place on half of America’s public lands, Western voters are well aware of the harmful impacts and want to ensure their public lands are protected and safe. 93 percent of Latino voters support requiring oil and gas companies to use updated equipment and technology to prevent leaks of methane gas and other pollution into the air and 86 percent support requiring oil and gas companies to pay for all of the clean-up and land restoration costs after drilling is finished.

Asked about what policy makers should place more emphasis on in upcoming decisions around public lands, 73 percent of Latino Western voters pointed to conservation efforts and recreation usage, compared to 24 percent who preferred energy production.

This is the twelfth consecutive year Colorado College has gauged the public’s sentiment on public lands and conservation issues. The 2022 Colorado College Conservation in the West Poll is a bipartisan survey conducted by Republican pollster Lori Weigel of New Bridge Strategy and Democratic pollster Dave Metz of Fairbank, Maslin, Maullin, Metz & Associates.

The poll surveyed at least 400 registered voters in each of eight Western states (AZ, CO, ID, MT, NV, NM, UT, & WY) for a total 3,400-voter sample, which included an over-sample of Black and Native American voters. The survey was conducted between January 5-23, 2022 and the effective margin of error is +2.4% at the 95% confidence interval for the total sample; and at most +4.8% for each state. The full survey and individual state surveys are available on the State of the Rockies website.

Our Hispanic Leadership Network is a five-year mentoring and leadership program to support young, mid-career and ex… https://t.co/5hCvemTKqy
From Buffer

You do not want to miss out on our annual event Acceso: Leading Together on Sept 14 at 6pm EST! We will have an awa… https://t.co/KkawXzzPVh
Follow Hispanic Access Foundation on Twitter