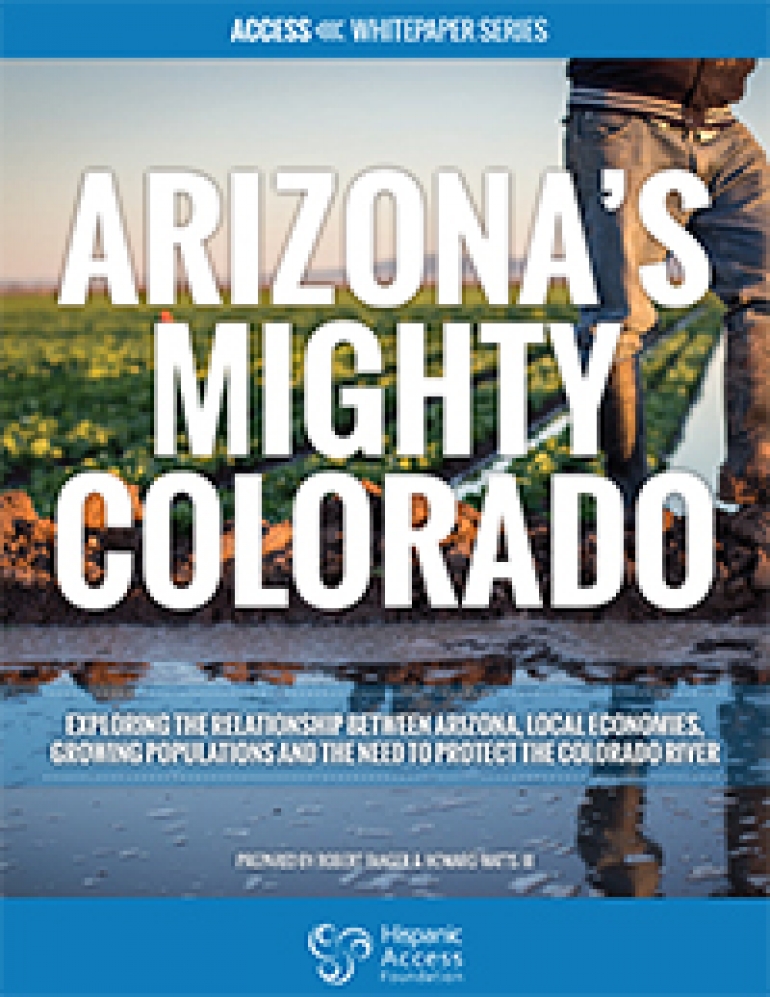 ARIZONA'S MIGHTY COLORADO: Exploring the Relationship between Arizona, Local Economies, Growing Populations and the Need to Protect the Colorado River

Arizona – from its major urban cities of Phoenix and Tucson to more rural towns like Yuma to San Luis – depends on the Colorado River, which supplies nearly 40 percent of the water used in the state. However, the river is shared with six other states, plus the nation of Mexico, and is over allocated as we use more water than what is stored in Lake Mead. Prolonged drought and changes in climate have reduced supplies even further. Arizona is growing and changing as Latinos become an increasingly larger portion of the population. Engaging this population on water-smart solutions is critical for the state’s future.

This report provides a general overview of Arizona’s water challenges and underscores the importance and need for the Latino community, which has demonstrated a willingness to lead, to be actively involved in the conversation and efforts to protect the Colorado River. A summary of findings includes:

While progress has been made on protecting the Colorado River, work remains:

Correo electrónico: This email address is being protected from spambots. You need JavaScript enabled to view it.

“A recent study found that a lack of community green space is correlated with higher COVID-19 rates in communities… https://t.co/RGQz8RBh4a